I’ve a soft spot for the Cornish town of Fowey, pronounced “Foy”. With plenty of character, a beach, stunning views of the Fowey Estuary, and a hub of independent Cornish shops, it’s always worth a nose around.

Fowey is nestled on the coast between St Austell and Lostwithiel offering pretty water views looking across to Polruan. It’s set in an Area of Outstanding Natural Beauty (AONB), and has a rich maritime history.

Fowey’s a popular haunt all year round, with many locals and day trippers spending their slow weekends wandering around the town, enjoying a pasty, and taking in the coastal views. Fowey springs into life during summer when it becomes busier with holiday makers and its ever popular regatta week.

I like to visit Fowey several times a year. I find I take my time strolling along Fowey’s high street, browsing in the local shops, and walking along the Esplanade towards Readymoney Cove.

Parking In And Around Fowey.

Fowey isn’t that big. It has a small carpark on the quay, by the Harbour Office. It’s rare to bag a space here, especially in peak season. Instead, it’s best to park in one of the larger carparks each situated on the edge of town.

The Caffa Mill carpark is near the Bodinnick ferry drop off, and is probably about half a mile from the town centre. It’s a pleasant, flat walk so it’s no bother at all.

The second car park is on the other side of Fowey, just off Hanson Drive. It’s a downhill walk into town. Getting back up is a chore though and there’s quite a few steps. Needless to say, if you have mobility difficulties, this isn’t a suitable option.

Thankfully Fowey offers a town bus which passes both carparks. It also stops conveniently outside the church in the town centre, an ideal point from which to explore Fowey. 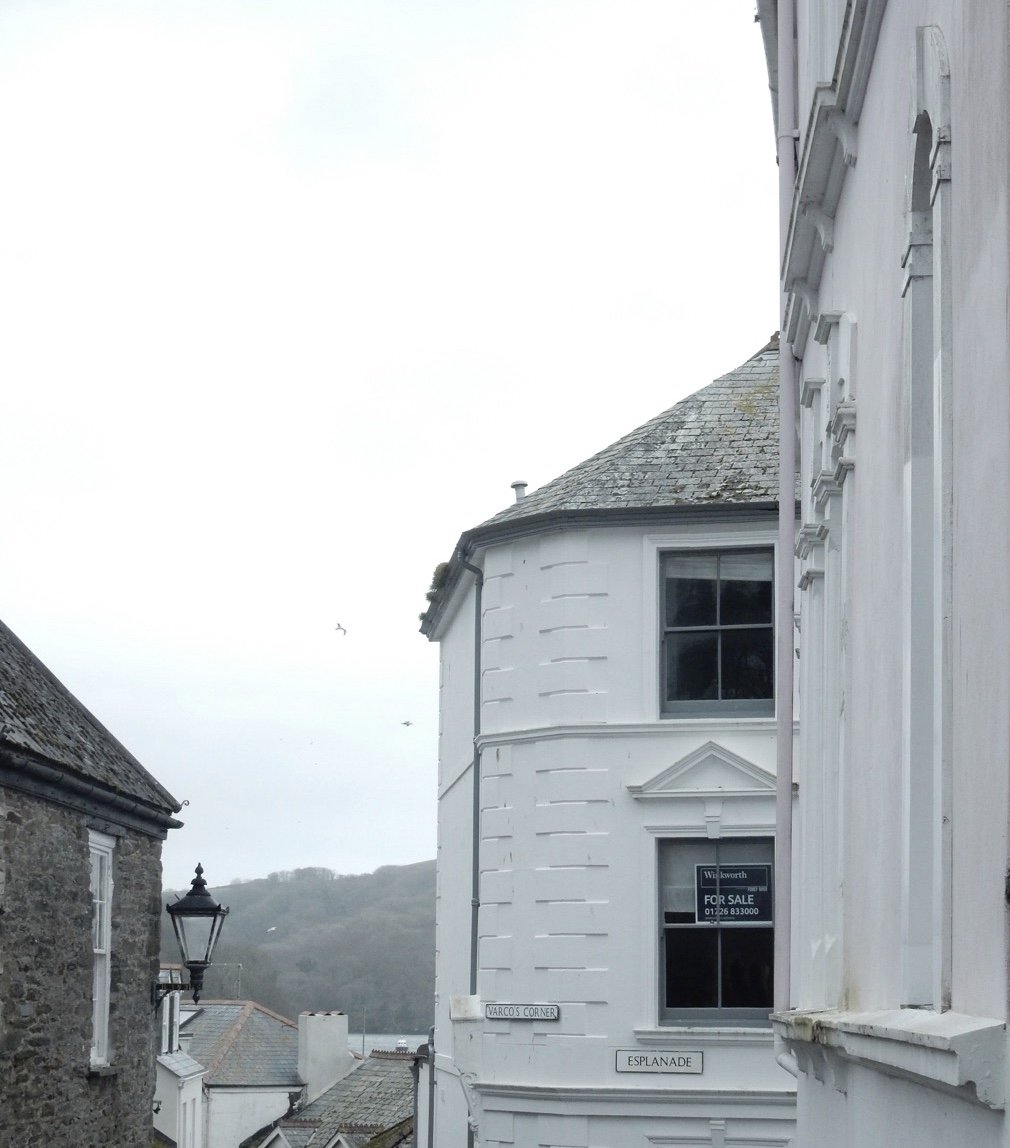 Fowey’s little High Street has plenty on offer. There are the usual coastal brands, like Joules and Quba Sails alongside smaller, thriving independent retailers. Cornwall based clothing chain Seasalt has quite a big store on the High Street, which is always worth a look around. You can stock up on some funky socks and the latest bretons. For more nautical clothing, you may want to pop into Outriggers who offer clothing for children and adults.

Aside from clothes shops, Fowey’s a little treasure trove of Cornish retailers offering unique homeware from furniture to small accessories.

Where shall I start, how about The Clementine?

There’s a few branches around Cornwall, all offering a range of beautiful items and accessories to grace your home. There’s crockery, lights, cushions, clocks, tea towels, prints, jewellery, and bags. More often than not, I’ve not seen the products on offer in other stores. This makes visiting The Clementine feel like you’ve discovered something special and new, and who doesn’t like a new discovery?

Just around the corner is the Webb Street Company. What I like most about The Webb Street Company, aside from its dark grey exterior, is their collection of prints and books. The prints are mainly from Lucky Lobster. We’re talking contemporary nautical, coastal vibes here which is totally in keeping for a coastal town like Fowey.

At the back of the shop there’s some excellent gifts for children. Aside from books and stationery, The Webb Street Company has lots of pretty jewellery and smaller items for your home (mug lovers beware!)

Next on list is the wonderful Brocante. Placed at the other end of Fowey, by the old Post Office, Brocante is an ever growing home store. It started in a small building on the corner and now dominates 2 floors and has expanded over neighbouring buildings.

Browsing around is a total joy – everything is tasteful. There’s individual pieces of furniture, unusual or undiscovered books, and plenty of nic-nacs to make your home prettier. Do venture upstairs too, where there are more rooms full of goodies. Be careful though, it’s hard to leave empty handed.

Walking Around The Esplanade.

Sitting on one of the many benches in Fowey’s square, overlooking the harbour, is totally satisfying. Why not grab a pasty or an ice cream and watch the water lap the resting boats and wall?

If you fancy stretching your legs beyond Fowey, I’d recommend strolling along the Esplanade.

You’ll be greeted with muted ice-cream coloured houses, and when the buildings allow, a glimpse of water on your left.

The Esplanade naturally comes to Readymoney Cove, a small beach that’s popular with locals. If you want to stay at the beach, there’s a little shop and toilets. However, there’s no direct parking so travel light.

If you don’t fancy going as far as the beach, you can zig zag your way up though the houses. This will eventually lead you to Hanson drive. Useful to know if you’ve parked here. Although you’ll be walking along residential streets, you’ll see many beautiful home and facades. The further up you go, the better the view of the estuary too.

Another gem that Fowey offers is short 2 ferry routes (and you know I like a ferry ride). You could spend part of the day in Fowey and then nip across the estuary for further adventure and discovery, or embark on the well known Hall Walk (4 miles in total).

The Fowey to Boddinick ferry is car ferry, taking you on a short trip across the water. Bodinnick is a pretty little village with an inviting pub, The Old Ferry Inn. It’s also the place where Daphne Du Maurier lived for many years, in Ferryside.

As you have your car, you could drive to Lerryn, another picturesque village and stroll along the river. Alternatively, you could drive onto Polperro or Looe, and spend some of your day exploring other popular Cornish coastal towns.

The Fowey to Polruan ferry is a passenger service. It departs from Fowey Town Quay (that’s the big square in Fowey, you can’t miss it) or Whitehouse Pier, which is along the Esplanade. Polruan has it’s own unspoilt charm and if you have the time, it’s worth discovering it for yourself.

Have you been to Fowey? What do you love the most about this lovely coastal village?

If you’ve not been, I hope you love it as much as I do.