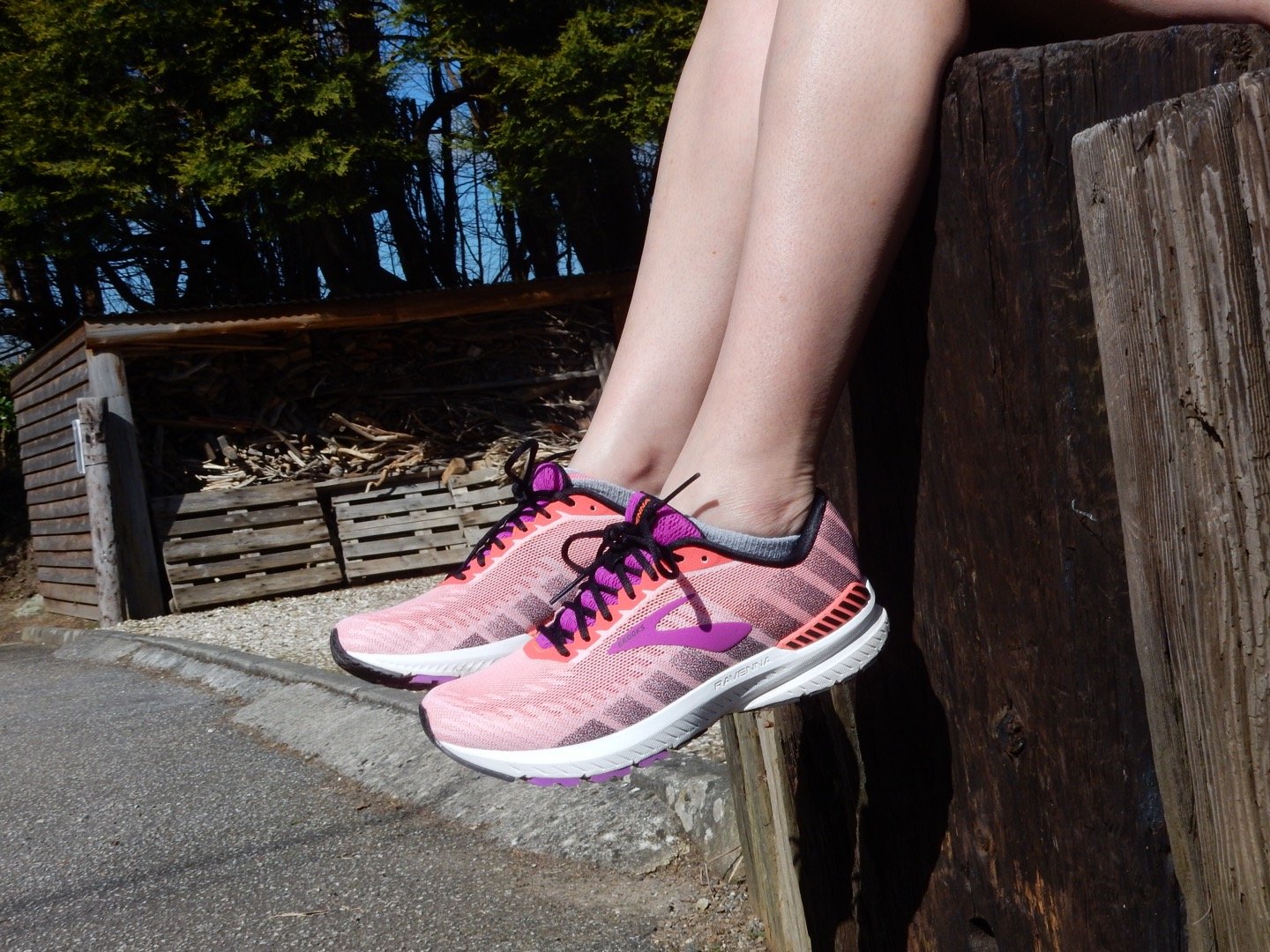 I find buying a new pair of running shoes comes with the dilemma of whether to stick with what I have, or to try something new. I was quite happy with my most recent pair of road running shoes but when I asked the people of Twitter which running shoe they’d recommend, the Brooks Ravenna 10 was the winner.

The Science Behind The Brooks Ravenna 10.

I’ve always worn a stability shoe for road running. When it came to picking one to try from the Brooks range, the Ravenna 10 was recommended. Its spec is quite impressive. The Ravenna 10 weighs 253 grams, and has a 10mm drop. For those not quite in the know, the drop is the difference between the height of the heel and the height of the toe. It’s designed to encourage a mid or forefoot strike. If you think about a neutral running shoe, the drop’s usually quite low as it’s offering minimal support. For a support shoe, you expect a bit more, with the usual being about 12 mm. This means the Brooks Ravenna 10 is a bit special. It emulates a neutral shoe while retaining support for runners who tend to overpronate. 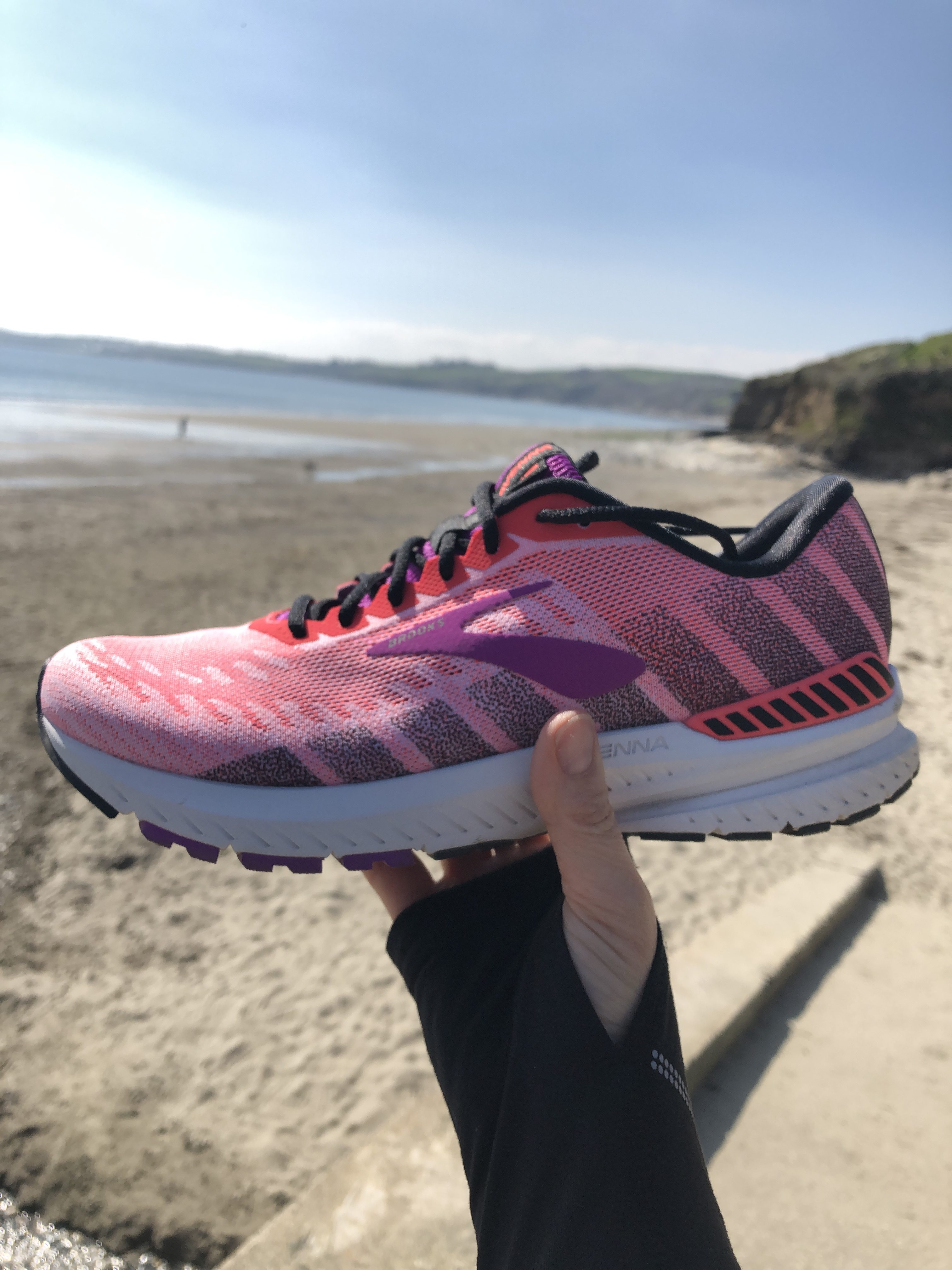 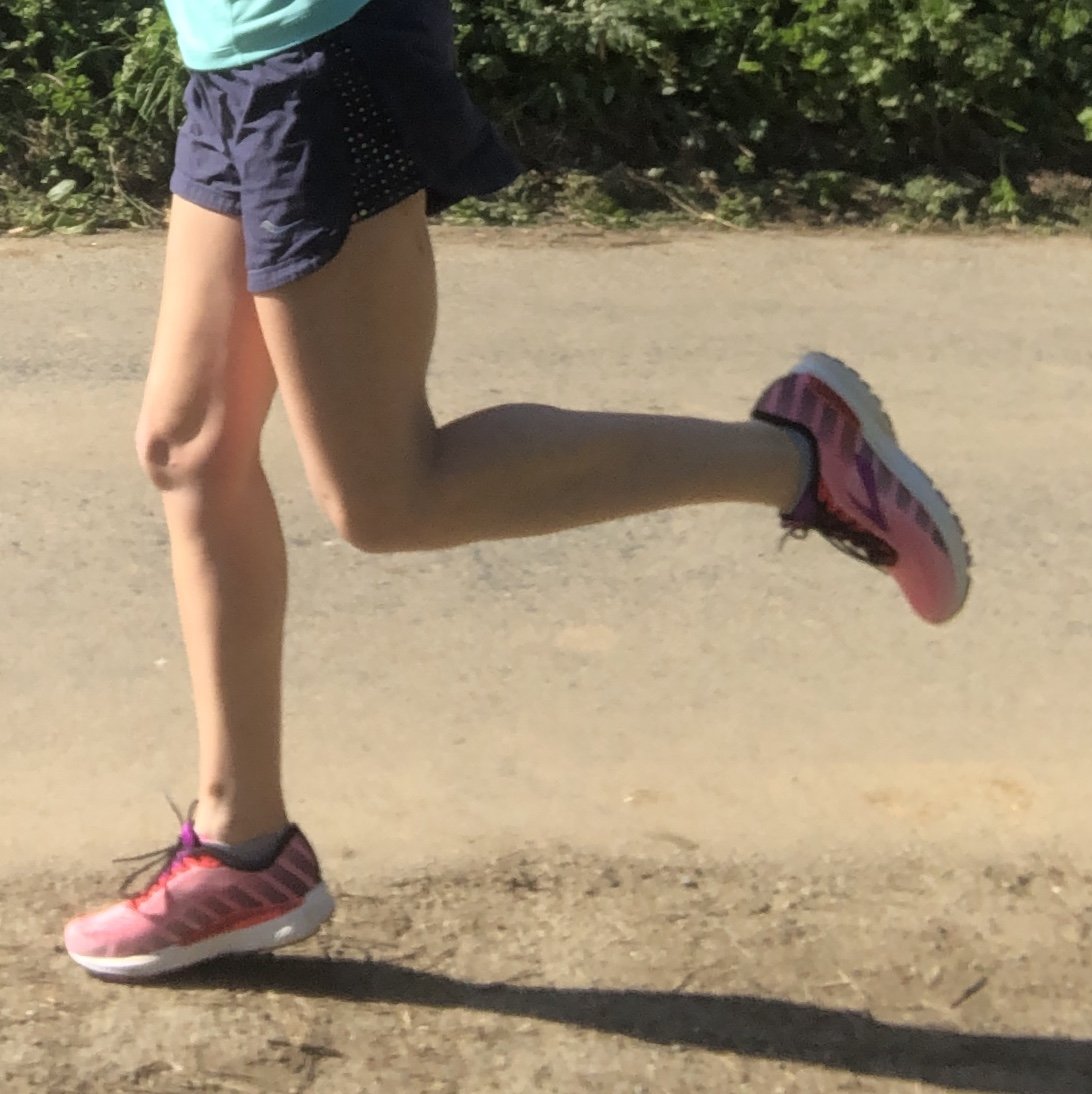 Aside from an impressive midsole drop, the Brooks Ravenna 10 boasts GuideRail technology. This means the knee, rather than the foot, is the focus of the support. As you run, your foot and knee are working in synchronicity, with this Brooks running shoe actually managing excess movement. I think this is excellent in terms of design and the most prevalent injuries runners experience. As if that’s not enough to brag about, the Ravenna 10 has smart midsole cushioning, called BioMoGo DNA. 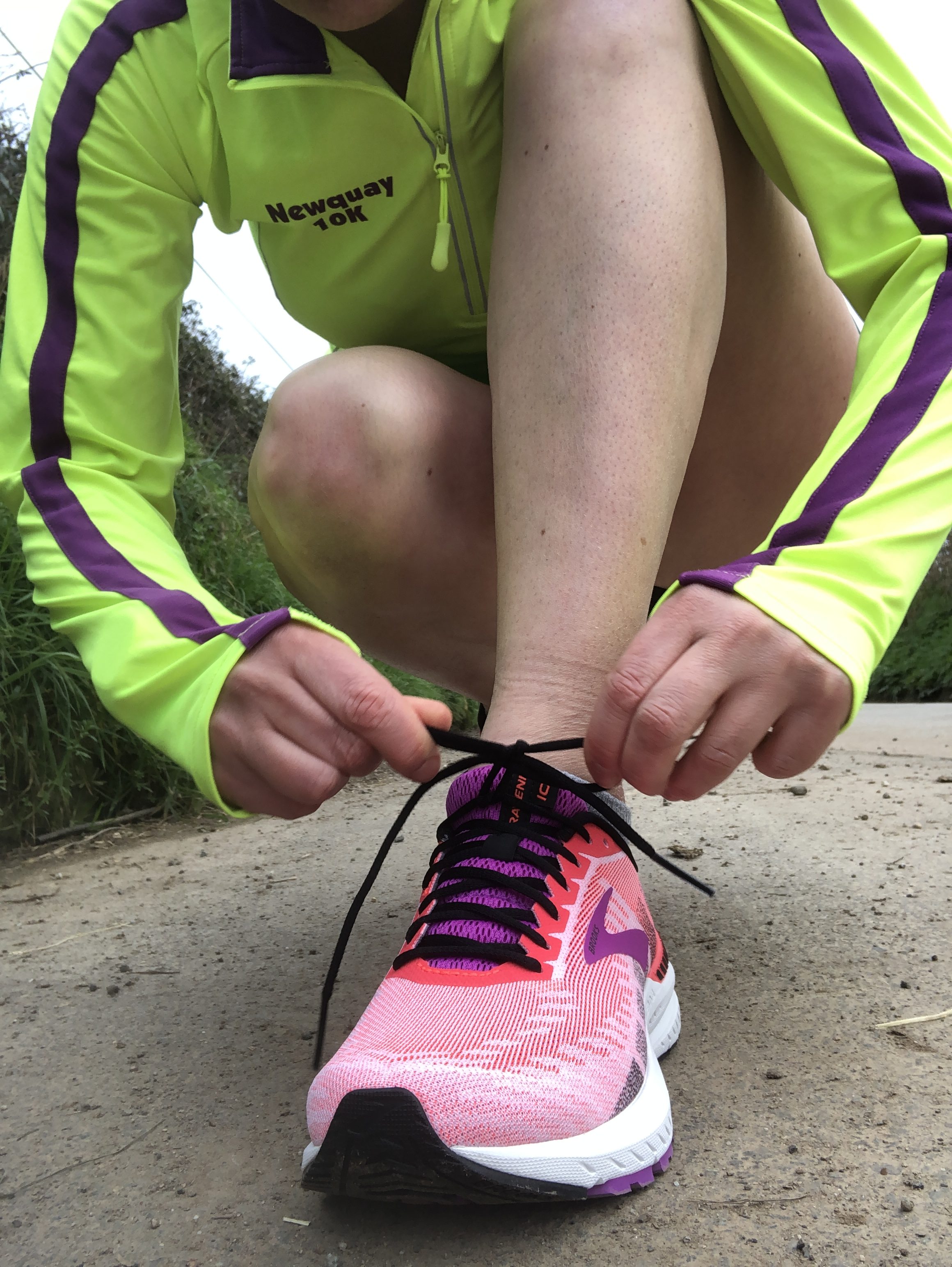 How The Ravenna Performs.

There’s always a stack of science behind the design of running shoes, and the Brooks Ravenna 10 is no different. The bottom line is, what does it feel like and how does it perform?

My measure for knowing when I’ve hit the running shoe jackpot is the wave of relief and “ahhh” I feel when I put them on. I want to feel like a running shoe has been made for me, a bit like Cinderella and her slipper.

This is precisely what happened when I tried on the Brooks Ravenna 10. I can only describe it as “bliss” and couldn’t believe the first shoe I tried felt so good. 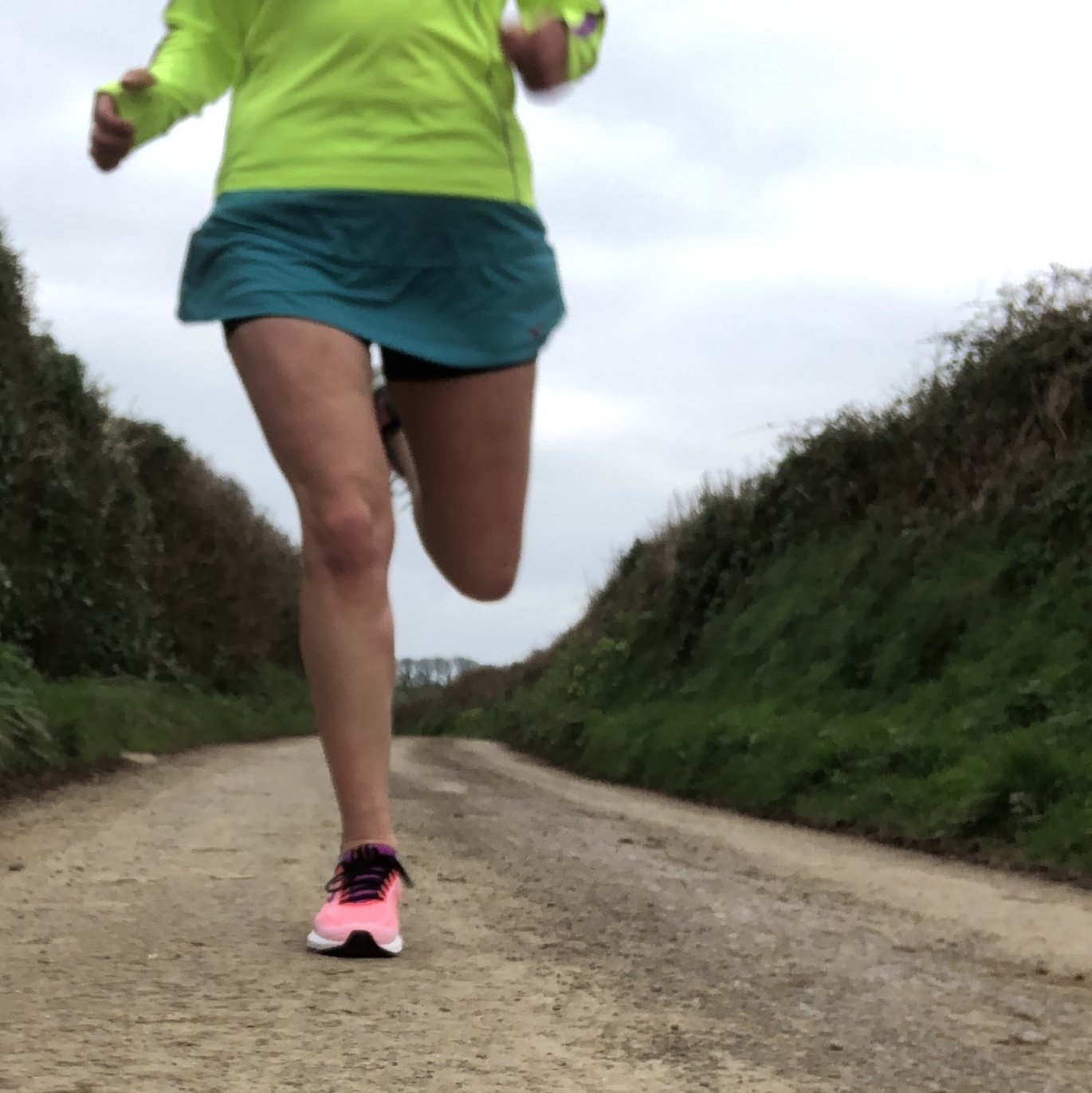 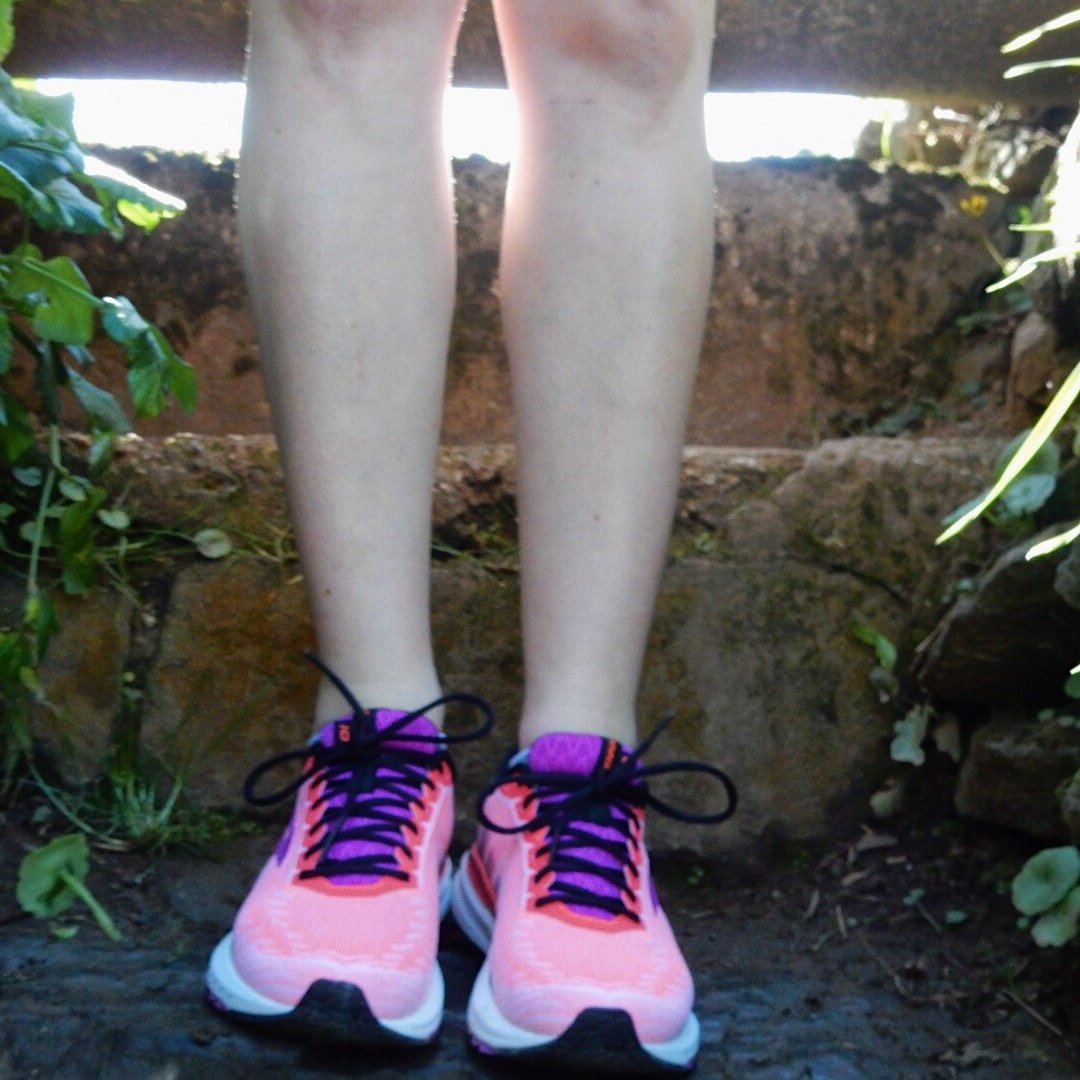 A quick trot in the running shop backed this up too. The Brooks Ravenna 10 doesn’t feel like a stability running shoe. Given that stability shoes are usually quite thick and chunky, it feels slim in comparison. As a ran around my local running shop, my feet felt closer ground compared to other running shoes I’d had before.

The fit of the shoe feels just right as well. I always go up half a size for my runners and this afforded the perfect fit. I’ve had no pins and needles or pinching of toes while running in the Ravenna 10 either, so for me, the toe box is just right. 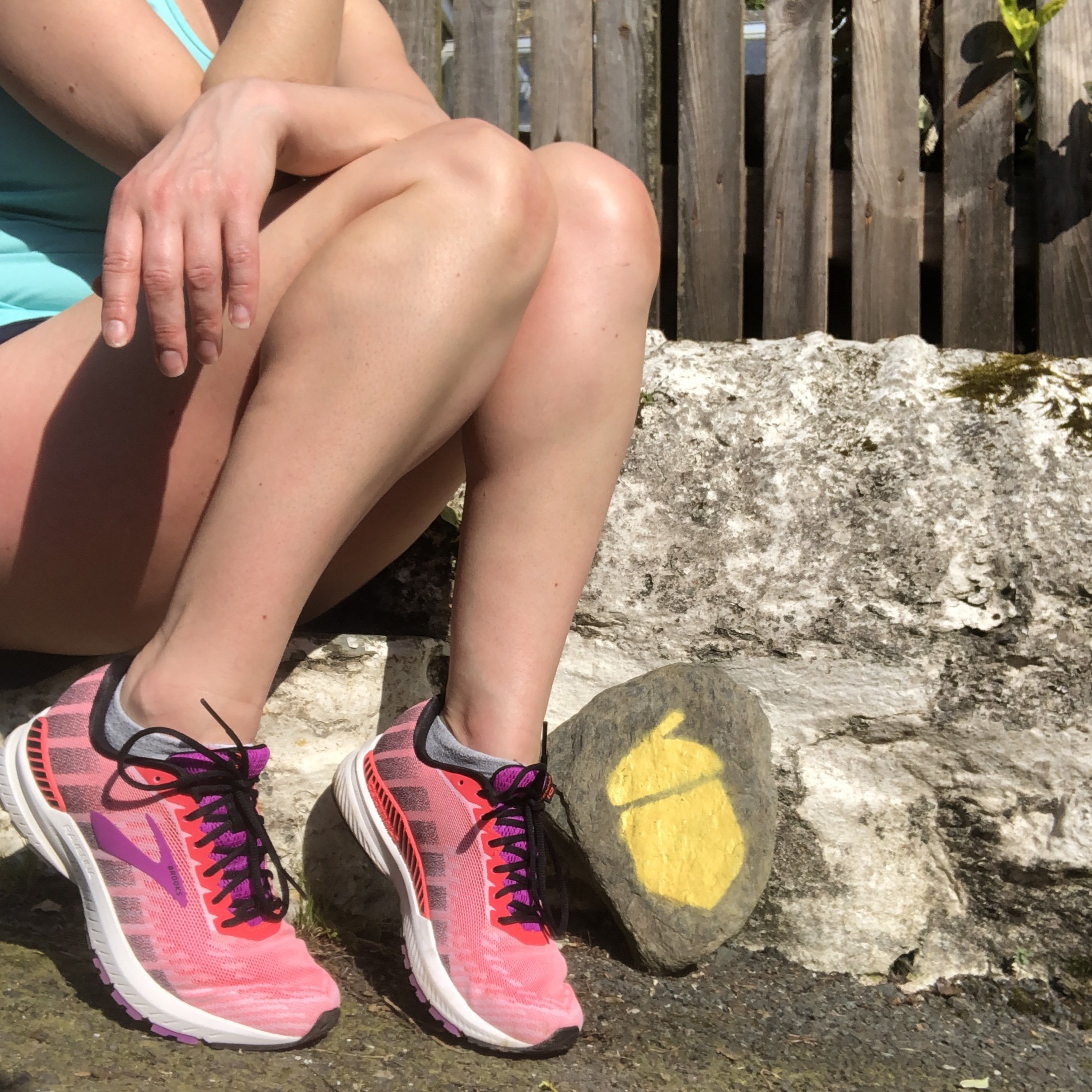 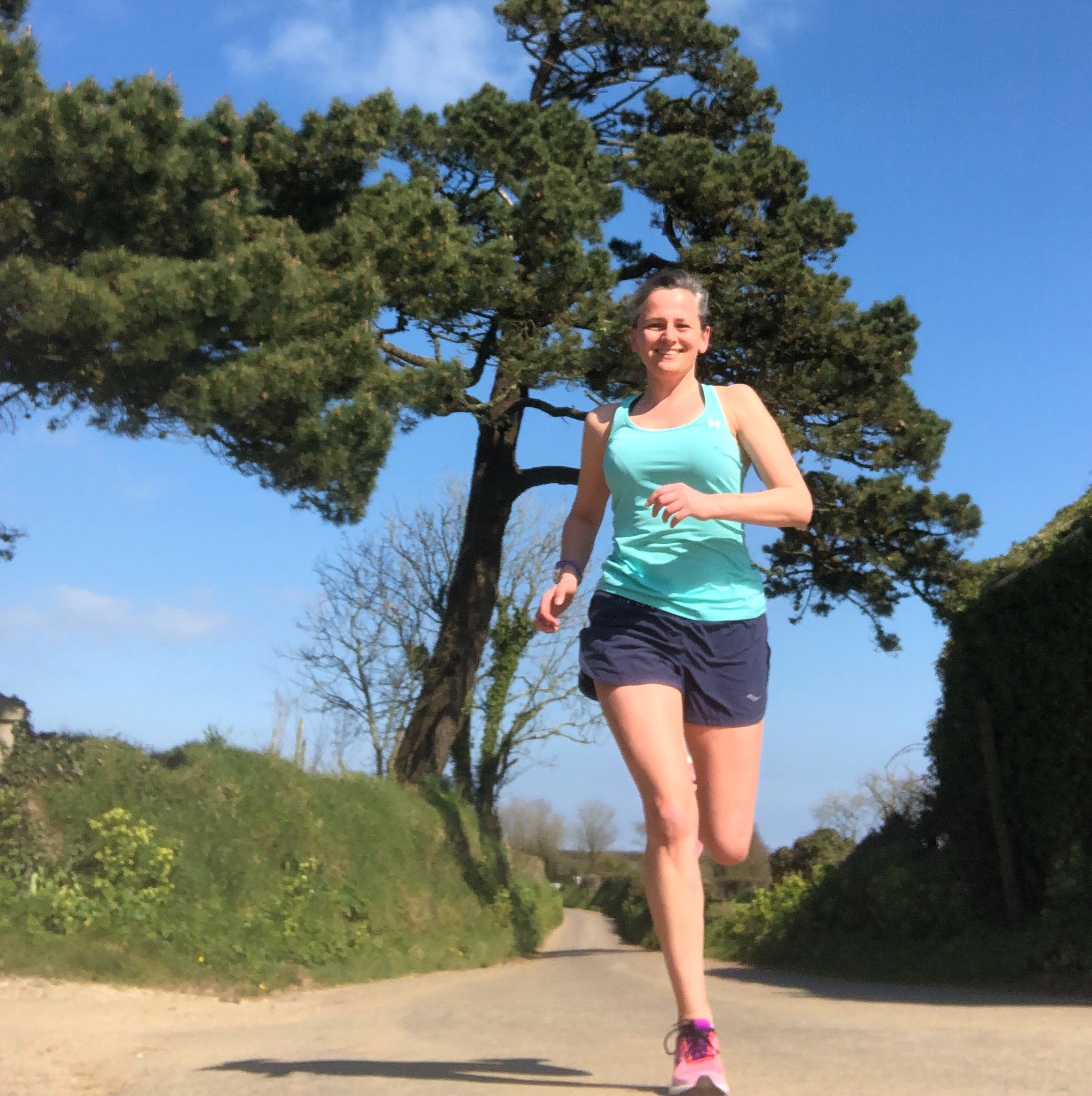 Brooks running want people everywhere to #runhappy. I’m a lady who’s certainly happy with her Ravenna 10 running shoes. When I tried them on, Barry from PB Running summed it up. He said Brooks just keep getting it right and as a result, they have a loyal customer base. This is my first experience of a Brooks running shoe, and I’d gladly come back for more.

If you’re interested in more running reviews, you can find my thoughts on the Raidlight Trail Lady XP  Hydration pack here.