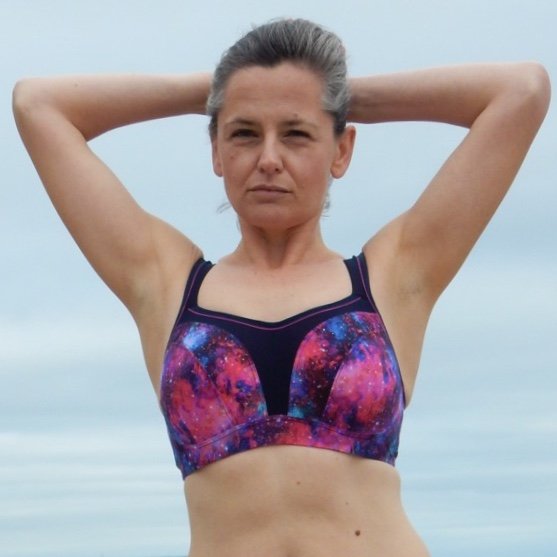 Where would we be without a good sports bra? I’m surprised when I hear woman say they don’t need one, I have to ask why. Having a good fitting sports bra is essential but I’m no expert. I’ve called upon the help of lovely Michele at Mish (the lingerie retailer in Cornwall) to quash some boob and bra myths, and clarify why we need to invest in a good piece of sport scaffolding.

Do I Really Need a Sports Bra?

A sports bra is a must, so yes you do. We buy other appropriate sportswear and a bra is no different. If you run, you buy running shoes. If you do sport, you need a good fitting sports bra.

As Michele says, your normal bra isn’t designed to deal with the bounce and sideways movement that comes with exercise. Lets face it, who wants to be bobbing around all over the place? It’s uncomfortable, and for some, it hurts.

Also, do you really want to sweat up your lovely lacy bras? Sports bras are made from the right material to wick away the sweat. This reduces the likelihood of rubbing or chafing. 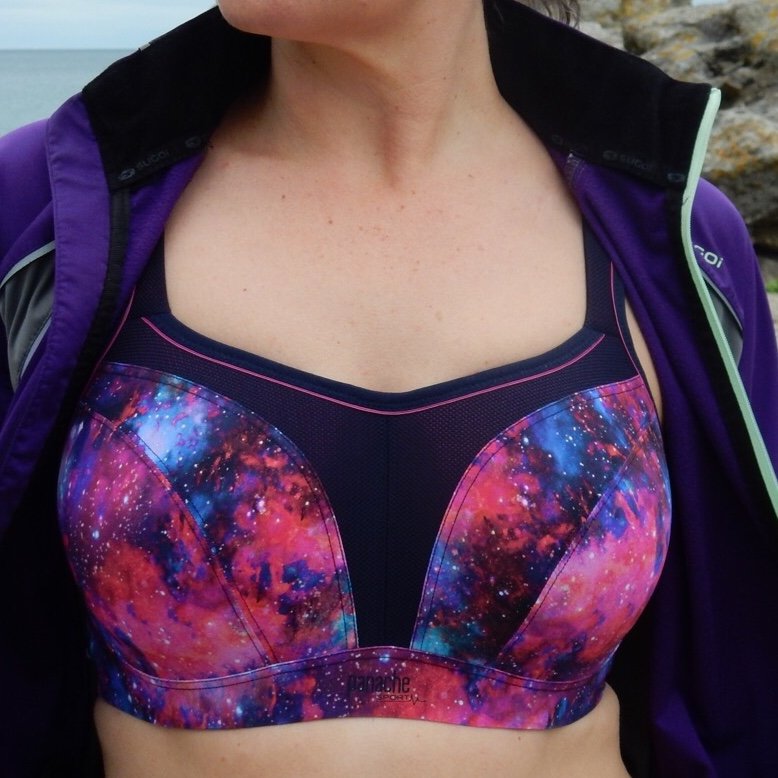 But There’s So Many Different Types – Which One?

Yes there are, but how wonderful to have so much choice.

Personally, I’m an underwired sports bra convert. The wires are flexible and thinner than the standard metal so they don’t dig in when you’re exercising, running or moving around.

As Michele told me, it’s not just about the wires. There are 2 main types of bras: compression and encapsulation. A compression bra does what you would expect. Michele described it as a bit like having a bandage around your chest. An encapsulation bra seals around each breast and is more effective in reducing the bounce of a large bust. (In case you’re wondering, Michele classes a large bust to be a 34+ back and a G cup or above.) All compression sports bras are non-wired but an encapsulating sports bra can be either. The advantage of an encapsulating sports bra is it gives the shape of a normal bra rather than flattening your boobs or giving you cones Madonna would be envious of. 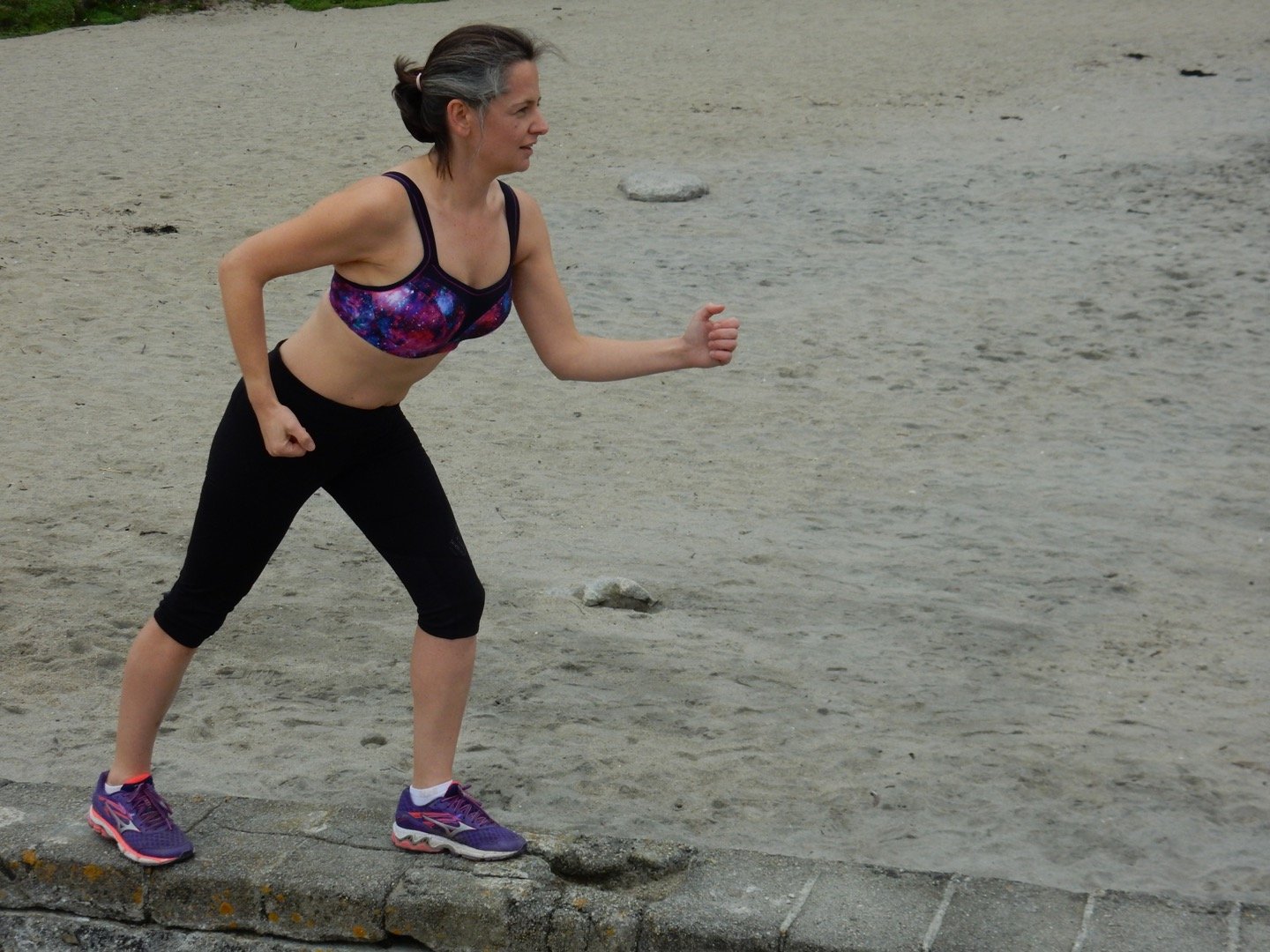 Which Bra For Which Sport?

Lets get one thing straight. If you do any sport, you need a sports bra. We need to support our breasts even when doing low impact exercise. You wouldn’t do yoga in heels, so why would you run in a padded, plunge bra? Michele is right to point out that when doing something low impact, like yoga, your breasts may fall out of a normal bra. Just imagine dong the down dog position wearing a plunge number! The wires in normal bras can also become uncomfortable regardless of the exercise you’re doing.

Michele advises that for some sports, where injury is likely, non-wired bras are advisable. These include contact sports and events like horse riding. If there is an accident, paramedics have to cut through a wired bra. And they don’t want to spend time doing that. 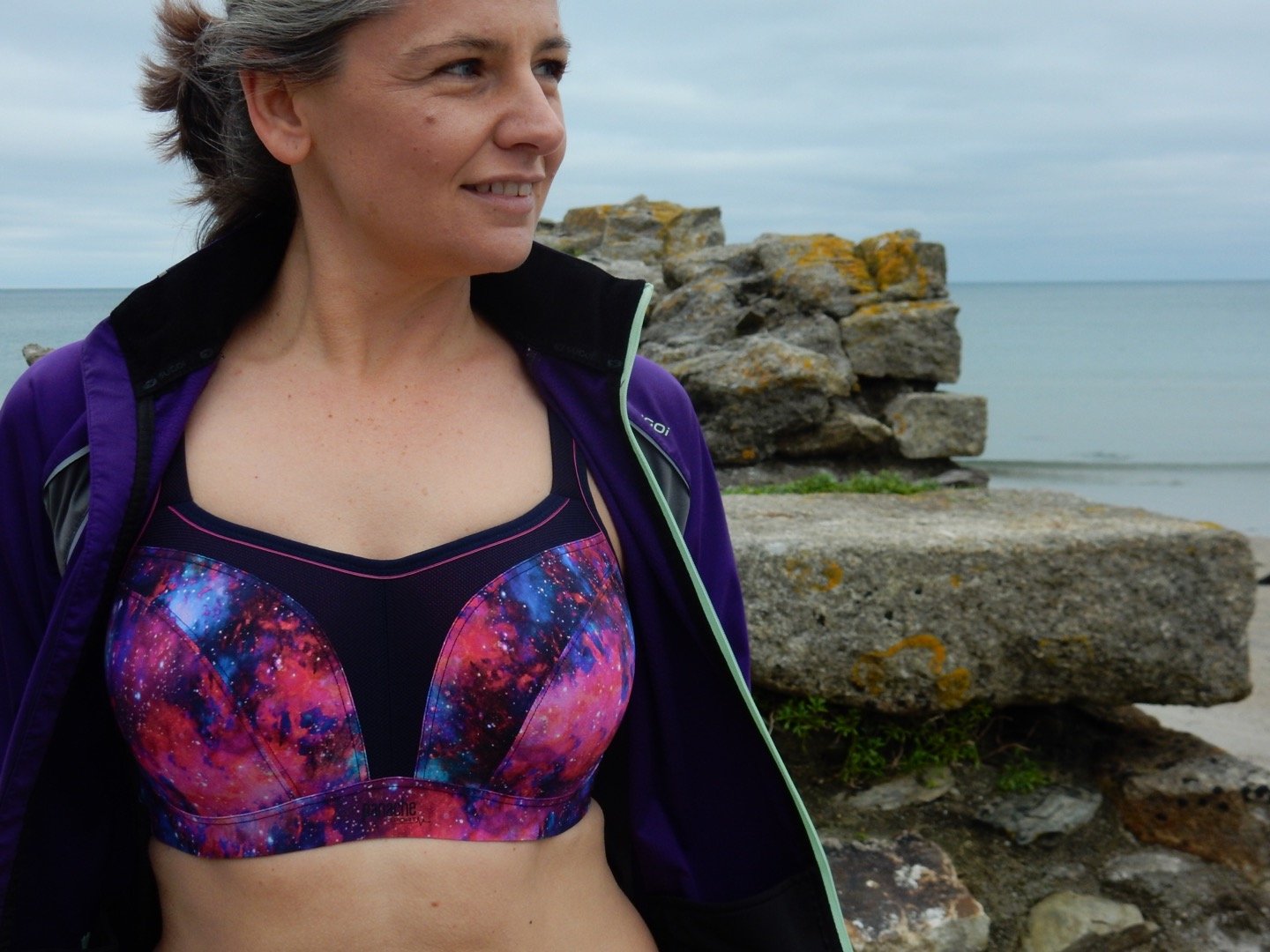 All shapes, all sizes

I’ve always thought that women, regardless of their breast size, should wear a sports bra but it’s amazing how many small(er) breasted women think they don’t need one. Michele explained that our breasts are supported by ligaments and once these stretch, there’s no going back. If you want your breasts to stay nice and pert, a sports bra is the way to go. According to Michele, research has shown that not wearing a sports bra can hinder performance, and can shorten your gait when running.

Personally, I’m a fan of the Panache range. I’m wearing their Underwired Ultimate moulded sports bra in cosmic print. It’s so comfortable and supportive – it’s a wonder of science as nothing moves! For those with smaller breasts Michele recommends the Triumph Triaction Free Motion . If you have a broader back and a large cup size, the Elomi Energise is great as it goes up to a J cup up and a 44 back.

A word of note about looking after you sports bras – if they’re underwired, don’t put them in the machine. They need to be hand washed. (This goes for normal bras too.) Non-Wired ones are usually ok to pop into the machine.

Mish have a great range of sports and normal bras. They are experts at making sure you’re wearing the right size and there’s not a tape measure in sight! If you are unable to get to their store, they have a great website with a helpful fitting guide. They’re also very good over the phone too so do give them a shout. 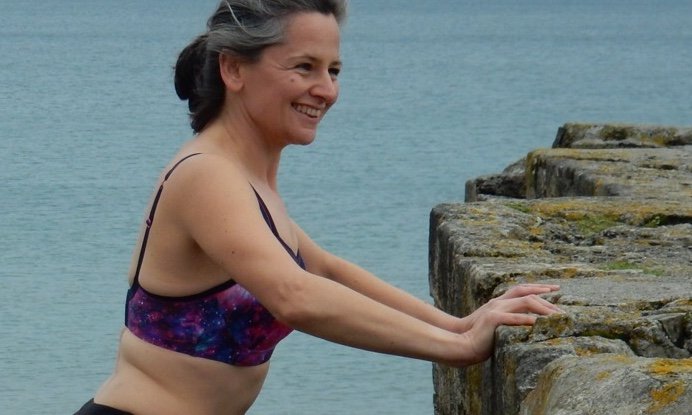